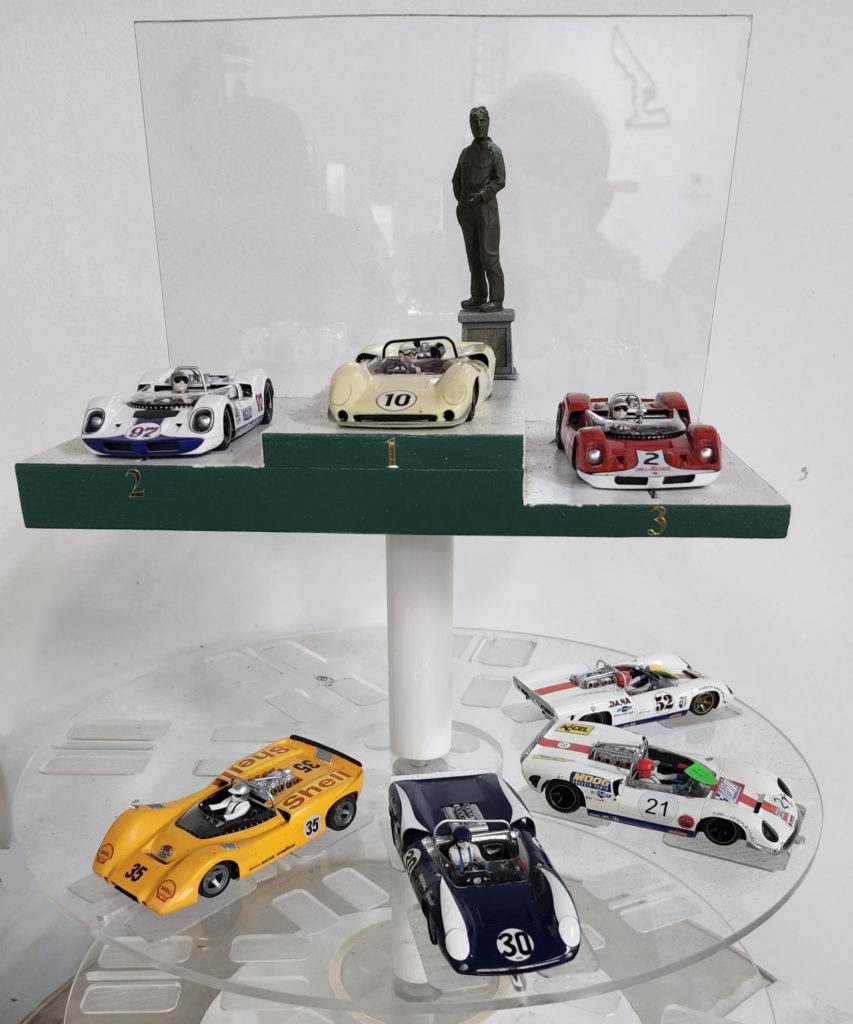 The final race of the 2022 Thunderslot series was held on June 4.  Once again, Ary was the fastest with 236 laps.  However, for this race, second place was very close.  Stephen, John, and David all completed 224 laps, finishing in that order.

For the first heat, David and Stephen completed 74 laps, with David winning out.  Randy was third with 66 laps.  David was fastest in heat 2, followed by Brian and Randy.  Brian’s McLaren was much improved.  If we had a couple of more races, Brian would probably have finished the series higher.  For heat 3 Ary was victorious with79 laps, followed by Brian at 76 laps and Randy at 67.  Ary turned 79 laps again in heat 4, with Brian at 74 and Mark L. at 69 laps.

This was probably the fastest series we have ever had.  In addition, the cars are very stable and there were few deslots.  It was a fun series to run.  No one competed in all six races, so there were no drops to be made.  Ary scored 105 points, completing 1208 laps and had fastest laps in all five races that he ran.  His fastest lap  of 3.552 was the series record. 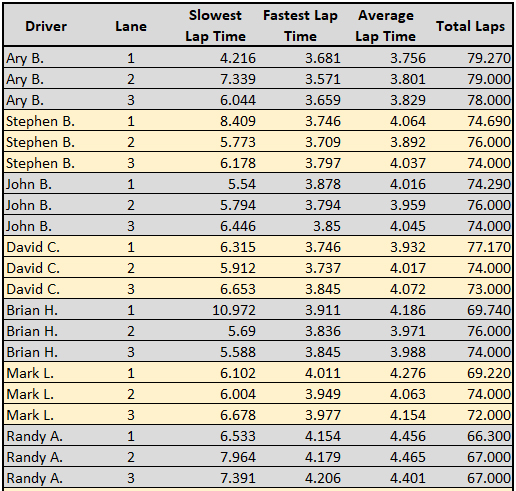 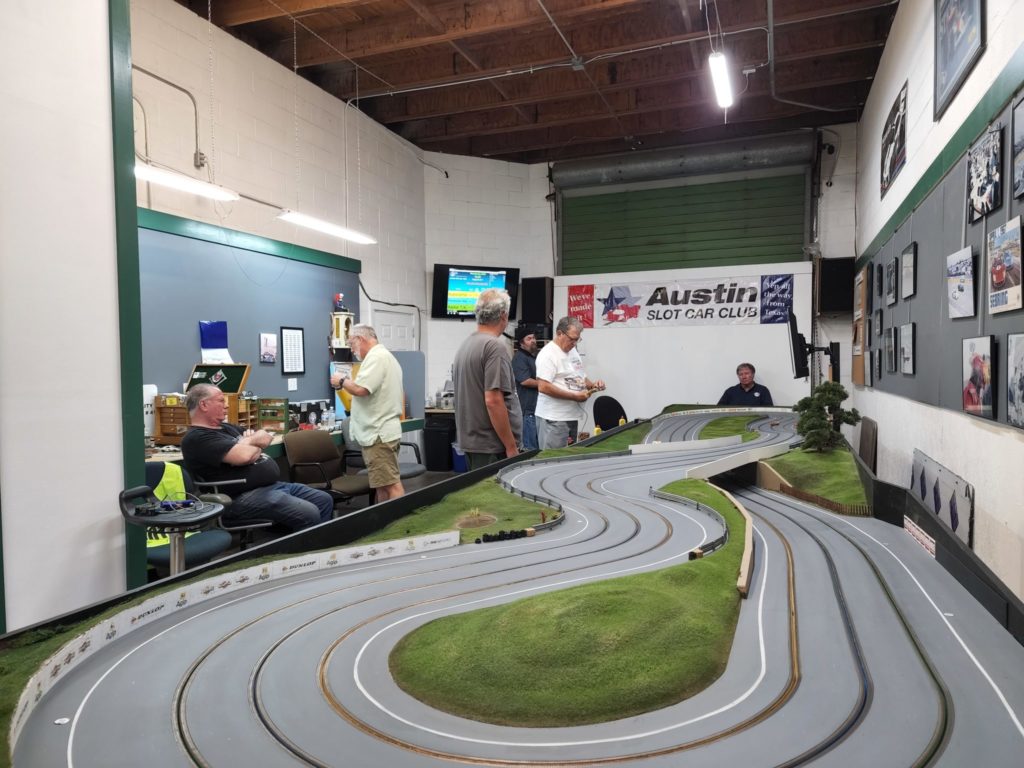 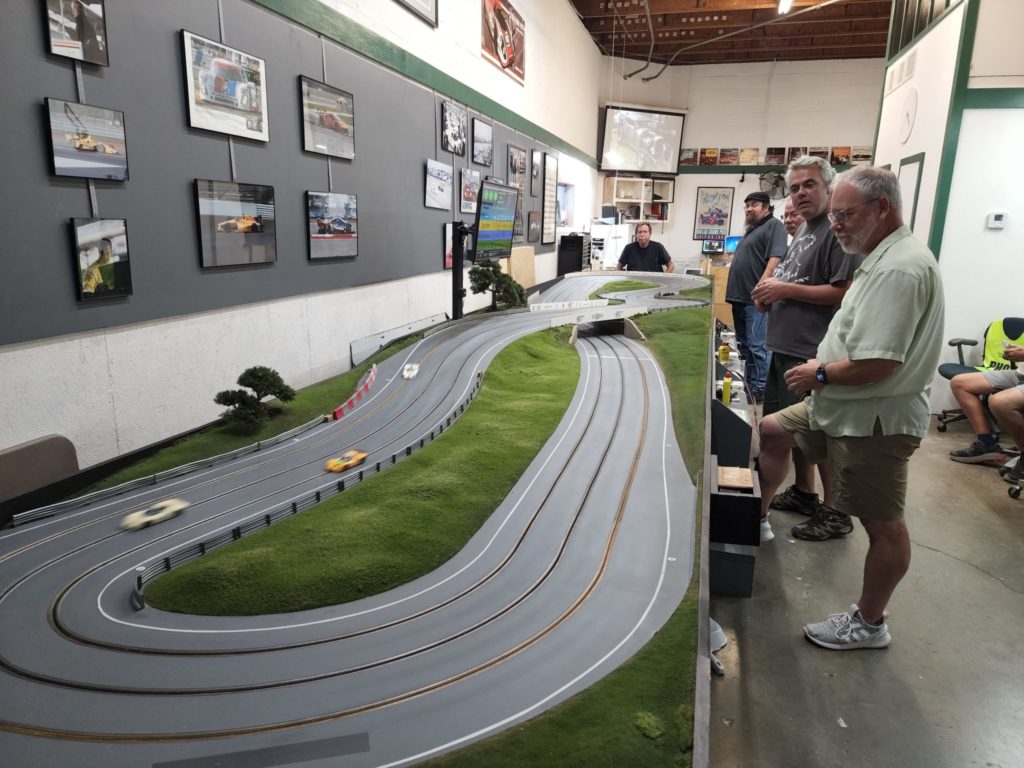 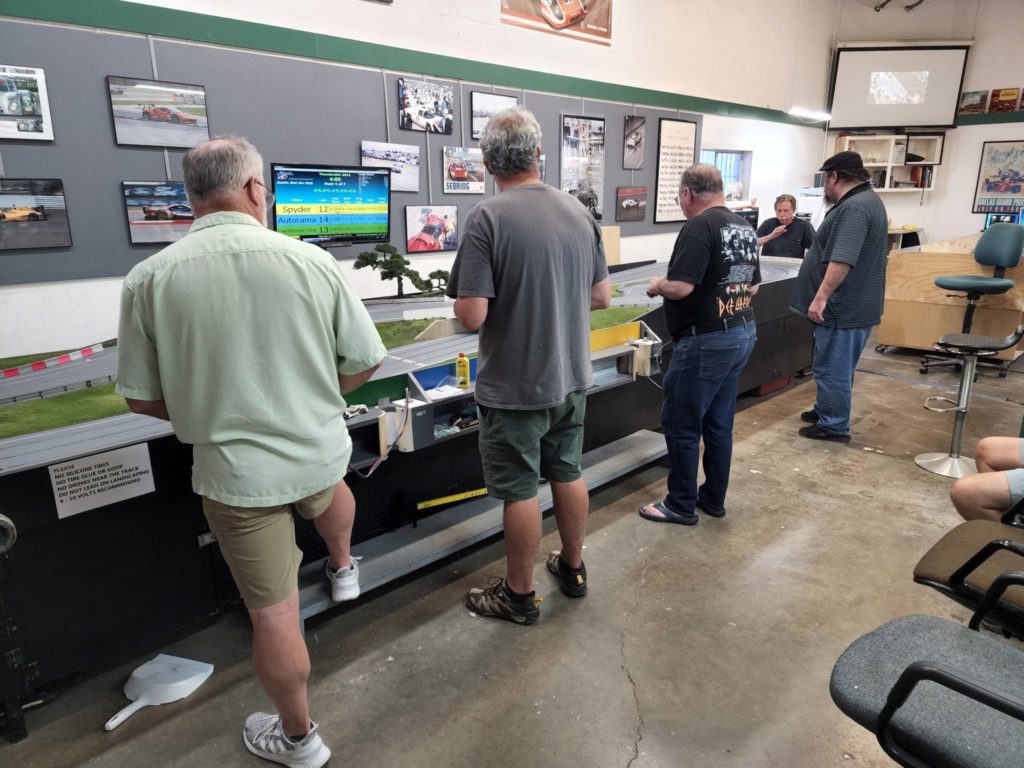 You can watch the race video here:

Thanks to all that participated.