The third round of the Racer Sideways Group 5 race took place on the 13th of March and saw the same five competitors but the results were anything but the same.  The cars all came ready to run with some seeing some improvements in speed whether it was a higher top end or a more stable car. 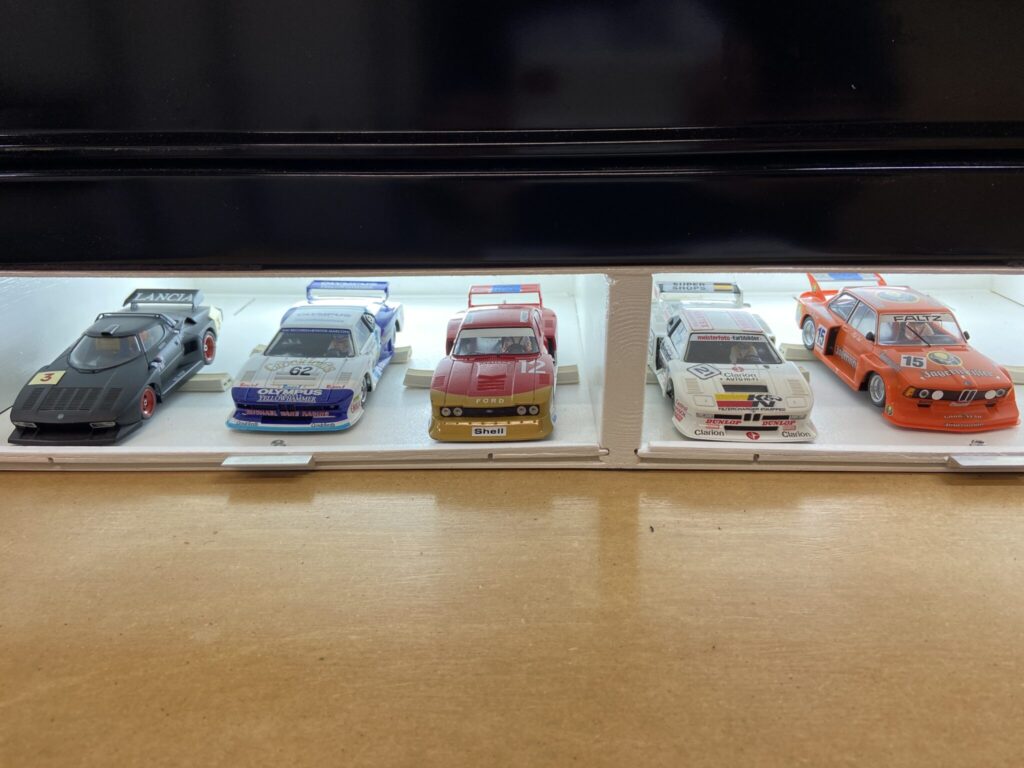 Before the race began there was a change of drivers as the club’s audio/video expert and great racer Steve took over for the clubs regular proxy driver Ary who took over Steve’s position as a corner marshal and call button holder. 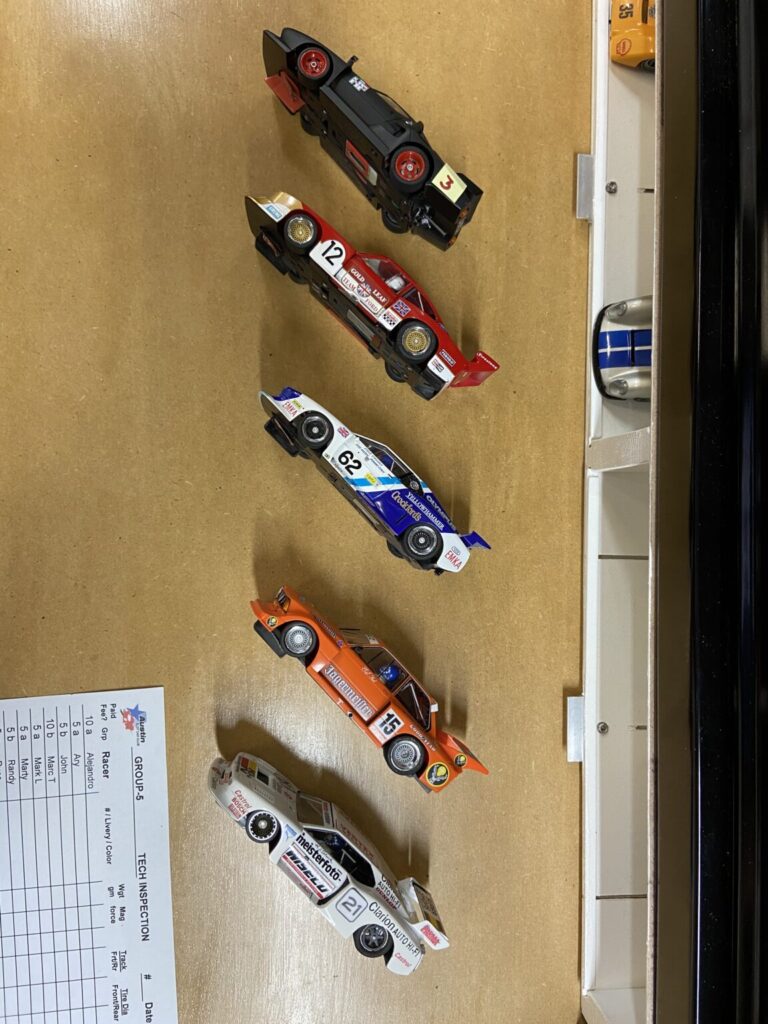 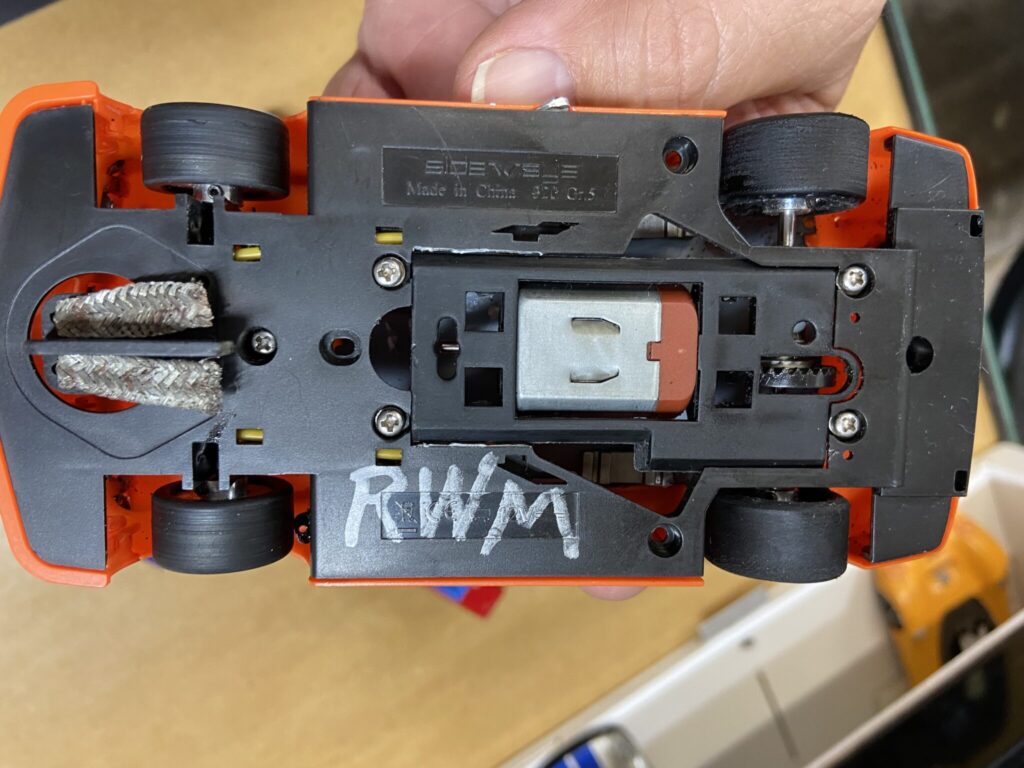 The most interesting thing about all the heats in this race was how close the racing was.  There were no super cars in this round of the series.  Some of the cars were more drivable than previous rounds while others that were super quick in the past were not as stable and were challenging to drive.  The result – the final results were very close with Russell’s BMW 320 taking his first win of the series and moving to second overall in the points standings.  The fast Lancia Stratos was almost too fast and was challenging to drive for most.  This put it down in second place for the round but it still retains the top spot in the overall standings.  The third place car was the limited edition Gold Leaf Ford Capri.  This car was a joy to drive but lacked the speed to put it into the top spot.  It finished third in the heat less than a half a lap behind the Lancia Stratos.  It remains in the third spot for the overall points championship.  The fourth placed BMW M1 finished with 199 laps and was three and a half laps ahead of the fifth placed BMW M1.  I am betting that both of these M1’s will see some tuning before the next round. 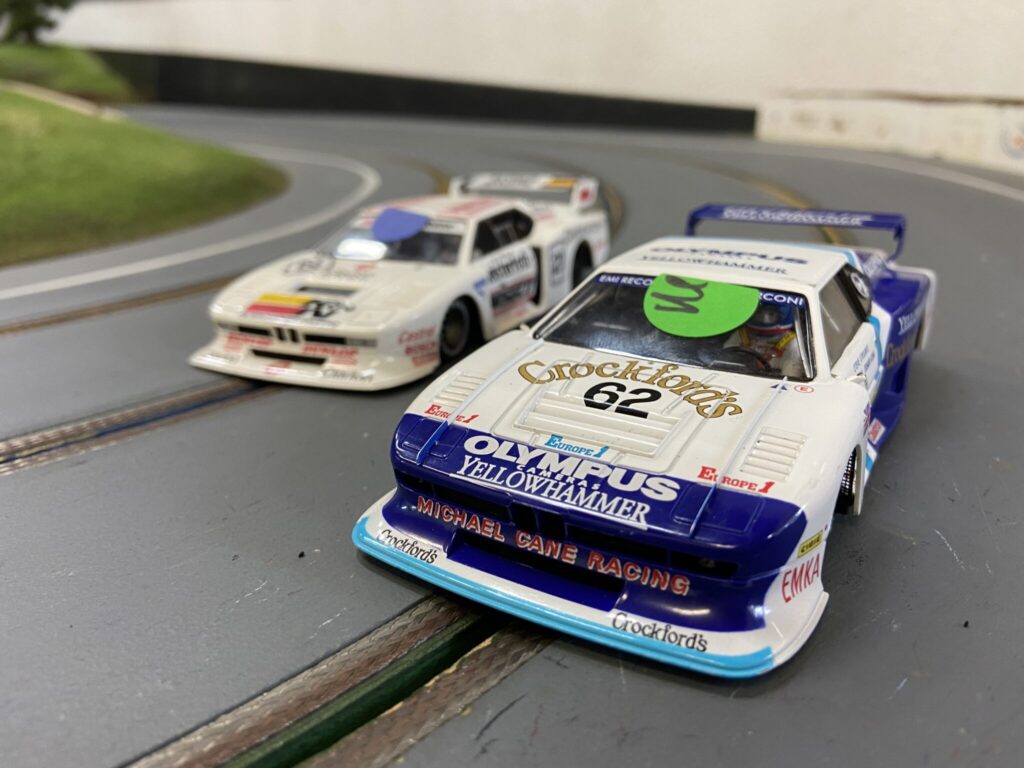 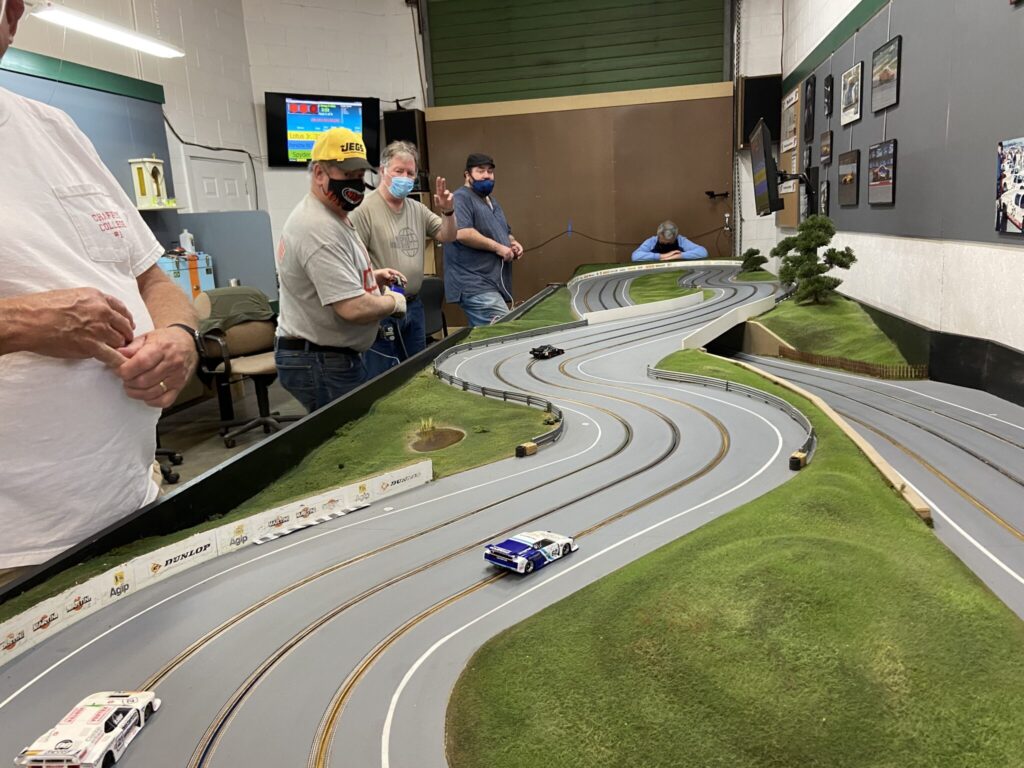 You can check out the race here:

Next round of the series should be fun to watch.  I can’t wait.