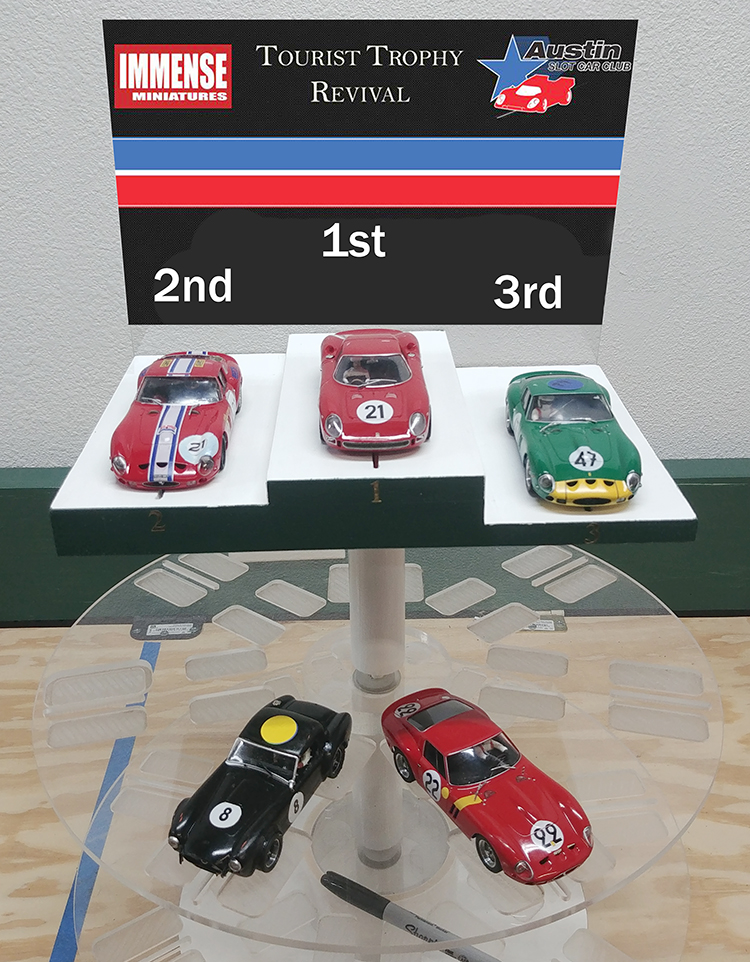 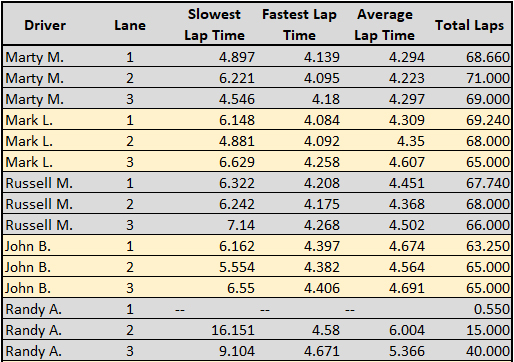 The penultimate round of the Tourist Trophy Revival, sponsored by Immense Miniatures, was held on November 13.  I apologize for this late posting as we had some RMS file issues.  Once again, Marty was the class of the field, winning the round with 208.66 laps.  Mark L. was second with 202.24 laps and Russell was third with 201.74 laps.  John was fourth and Randy’s car troubles dropped him to fifth.  Mark L. took the honors and a one point bonus for fastest lap.

Going in to the final round this weekend, Mark L. leads the series by three points (after drops).  Russell is second, followed closely by John.  Marty, who has proven to be the quickest in the last three races, drops well down the list, due to having missed the first two races. Right now it looks like it is Mark L’s series to lose. 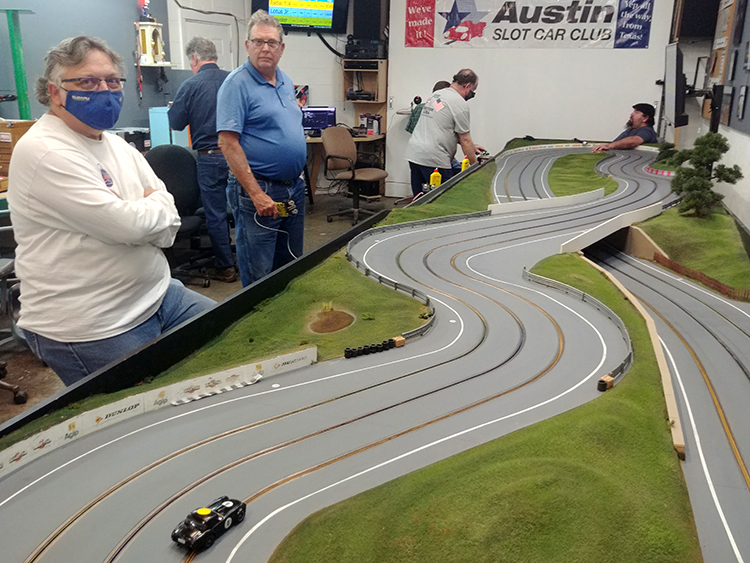